Hangar 9’s giant scale (21%-1:4.76) Cirrus SR22T is a beautiful looking scale model based on the full-size civilian light aircraft that has become so popular with pilots.
Sleek, handsome and with styling that looks both stunning and futuristic the Cirrus is a highly desirable model.

The first things that catch the eye are the superb Fibreglass fuselage with its smooth exterior, the fixed landing gear complete with its wheel spats and the overall finish and look of the model that just says quality.

Unlike many smaller scale civilian aircraft the Cirrus SR22T has size on its side; with its generous 2.46m (96.75inch) wingspan and handsome looks the model really stands out on the flight line, and looks even more impressive in the air!

For ease of transport and assembly at the flying site the model features a two-piece wing whilst the landing gear remains mounted to the fuselage for simplicity and ease of operation. With a relatively large cowling the model can accommodate medium sized petrol engines such as the Evolution 33cc or XP38cc with ease, or can be powered by an electric motor. The E-flite Power 160 brushless provides plenty of power and is an ideal choice for realistic scale flights.

Further aids to scale fidelity are the correctly profiled aluminium spinner that is included with the comprehensive hardware pack, along with the option to fit exterior lighting to the model using E-flite LED’s. The cabin features a detailed instrument panel whilst the full-bodied pilot figure (included) adds even more realism.

This lightly loaded model is suitable for intermediate skill level pilots looking for a strikingly different model offering stability in the air coupled with realistic flight characteristics. Operational scale flaps enhance take off and landings whilst the tricycle landing gear with steerable nose leg ensures positive ground handling, the accurate white and silver colour scheme is both subtle and understated and adds the final touch of class to this superb model.

A refreshing change from the norm! 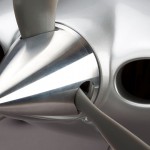 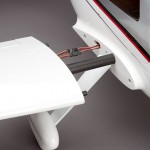 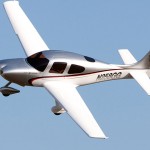 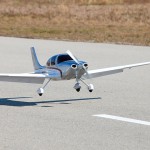 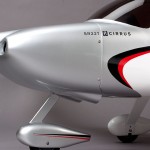 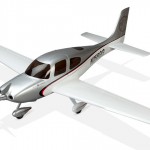